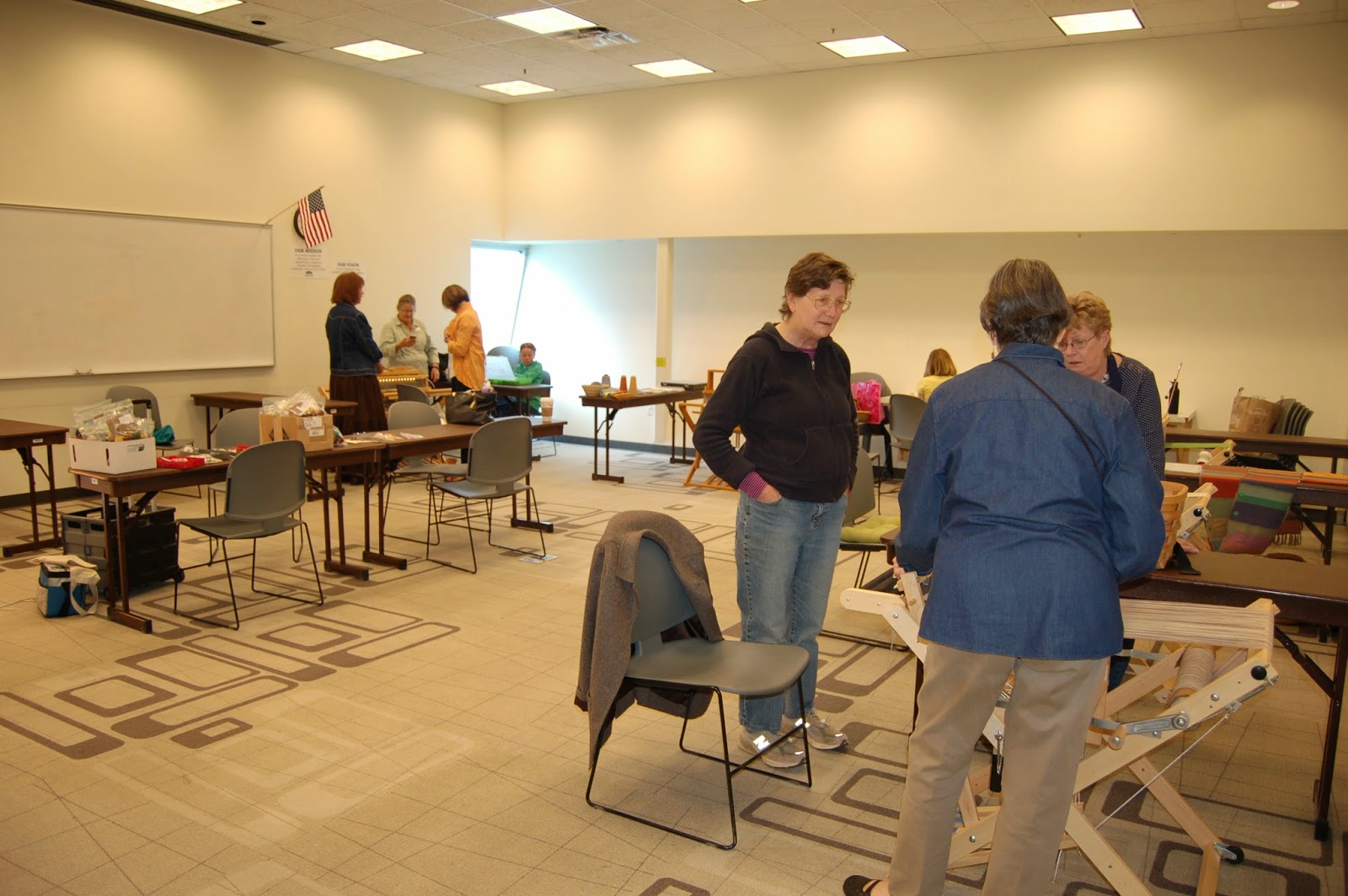 We arrived an hour and a half early and began our set-up.  The arrangement unfolded as looms showed up and we moved tables and chairs to fit. 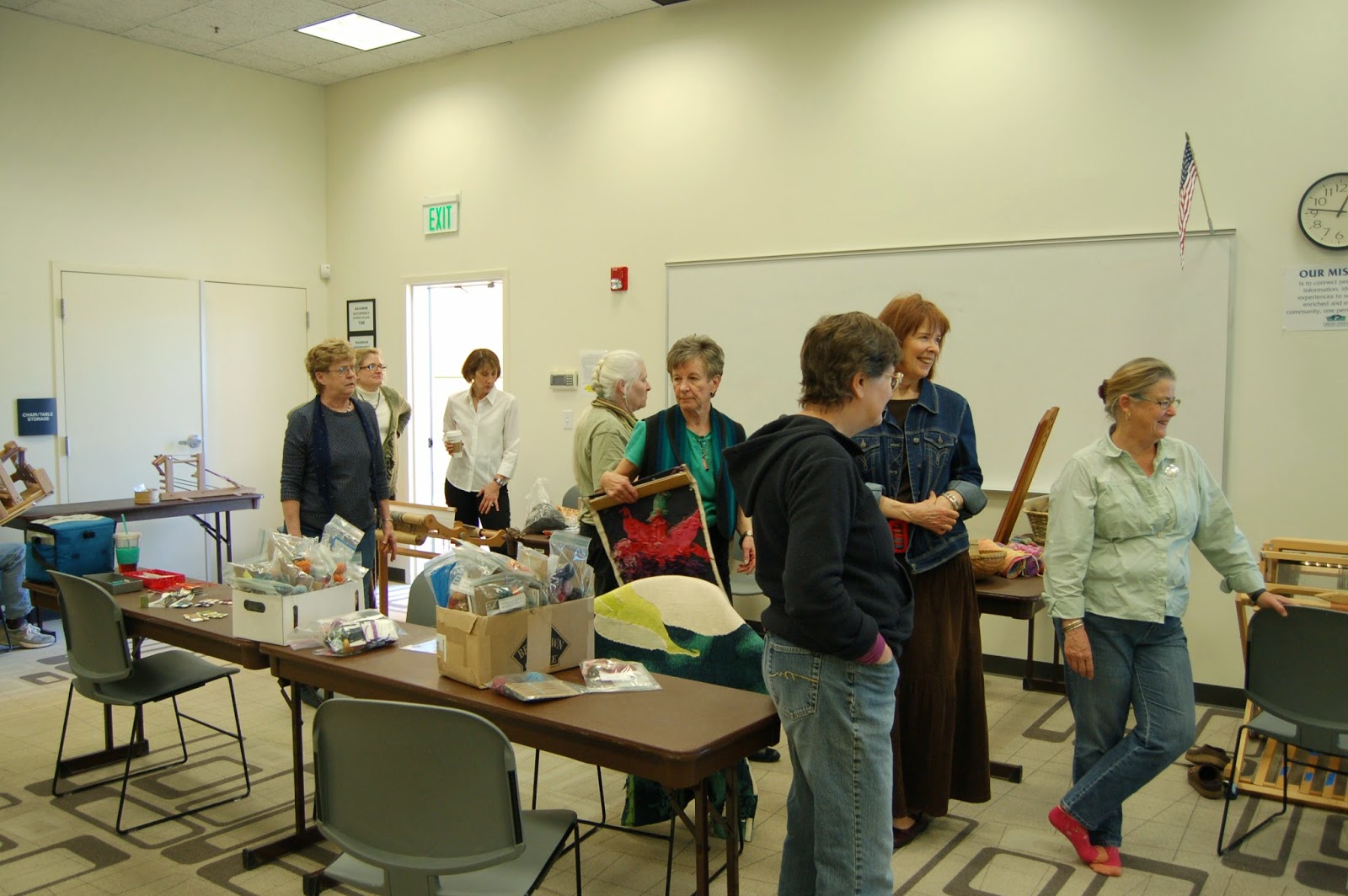 We moved two tables together in the middle of the room and added a couple of chairs for the cardboard loom station.  We had made 100 of these looms.  We had no idea what to expect and just hoped that people would come. 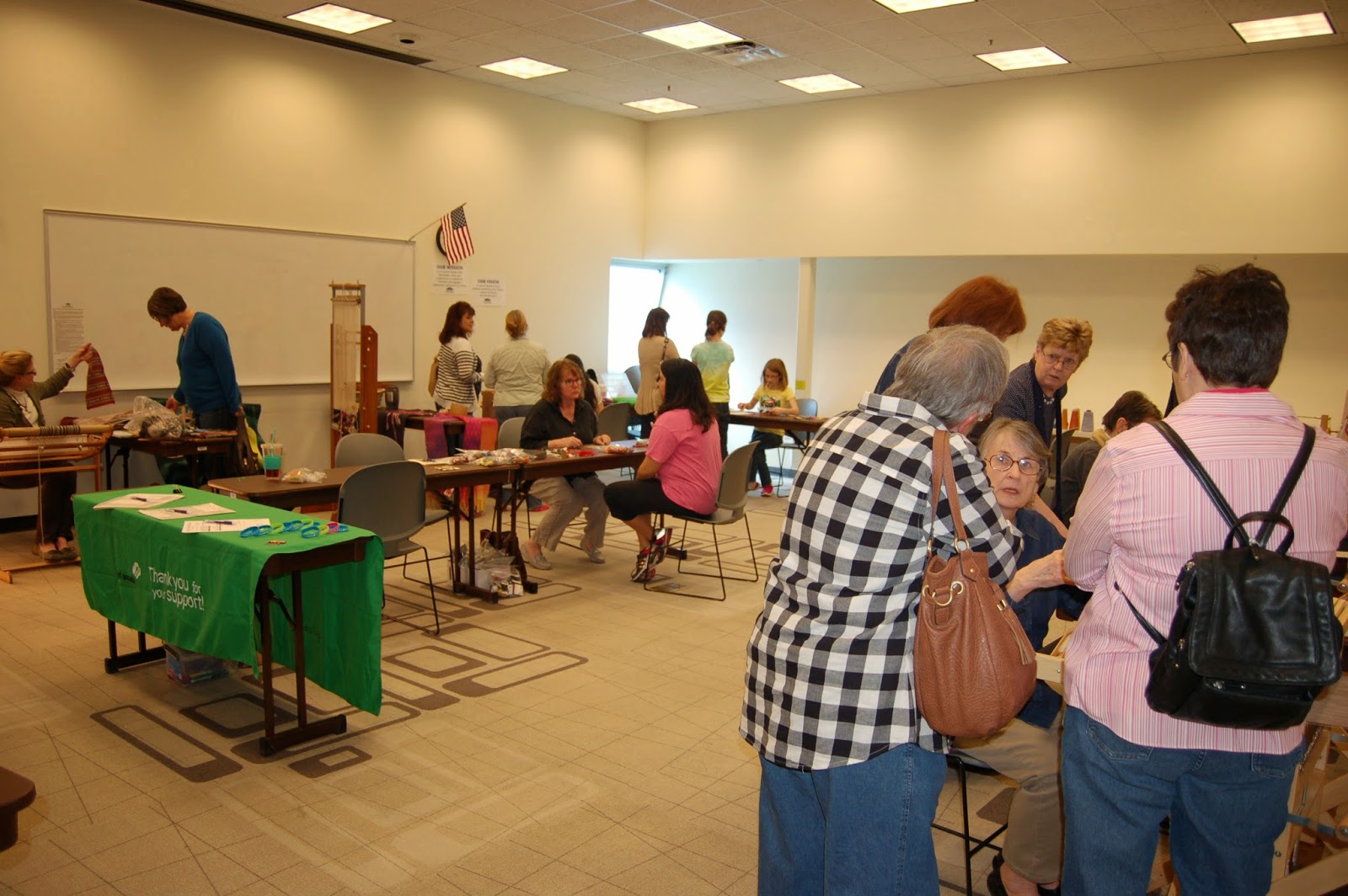 Two ladies showed up ten minutes before the program was scheduled to start and within 20 minutes, we had close to that many visitors.  We threw a program and people came - phew. 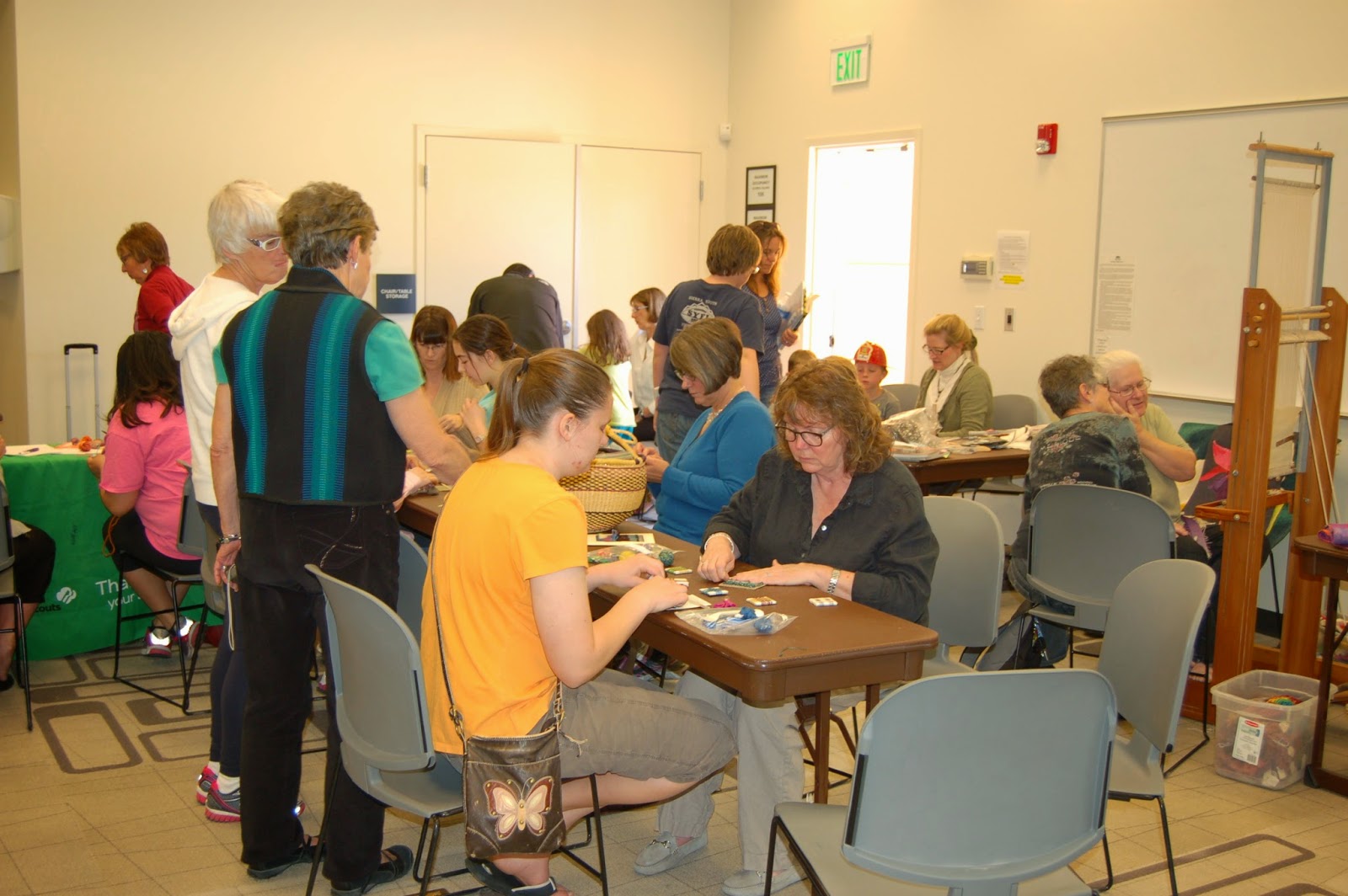 It became apparent that we needed additional mentors for the cardboard looms as well as more chairs. 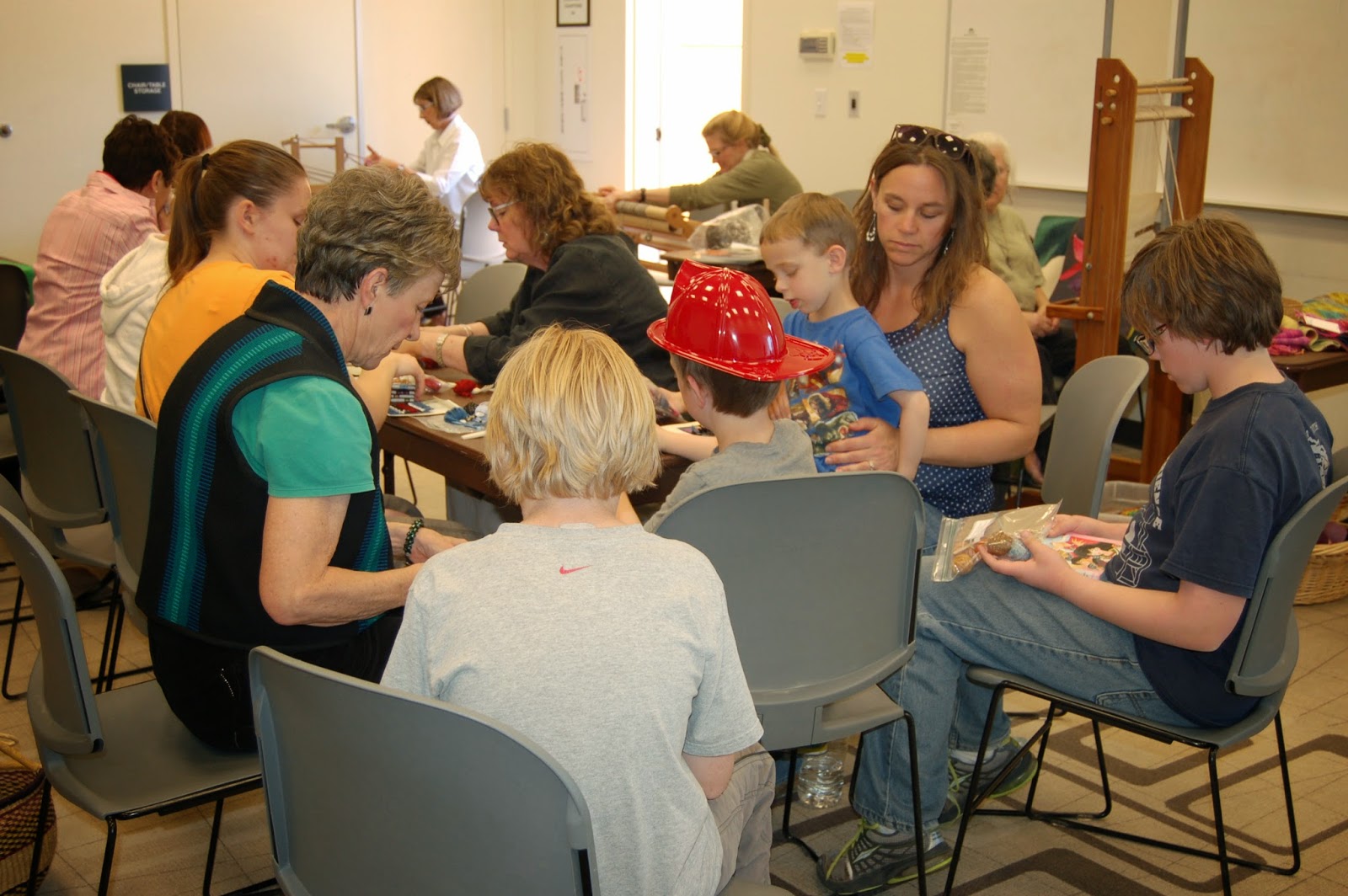 The cardboard looms were a hit! 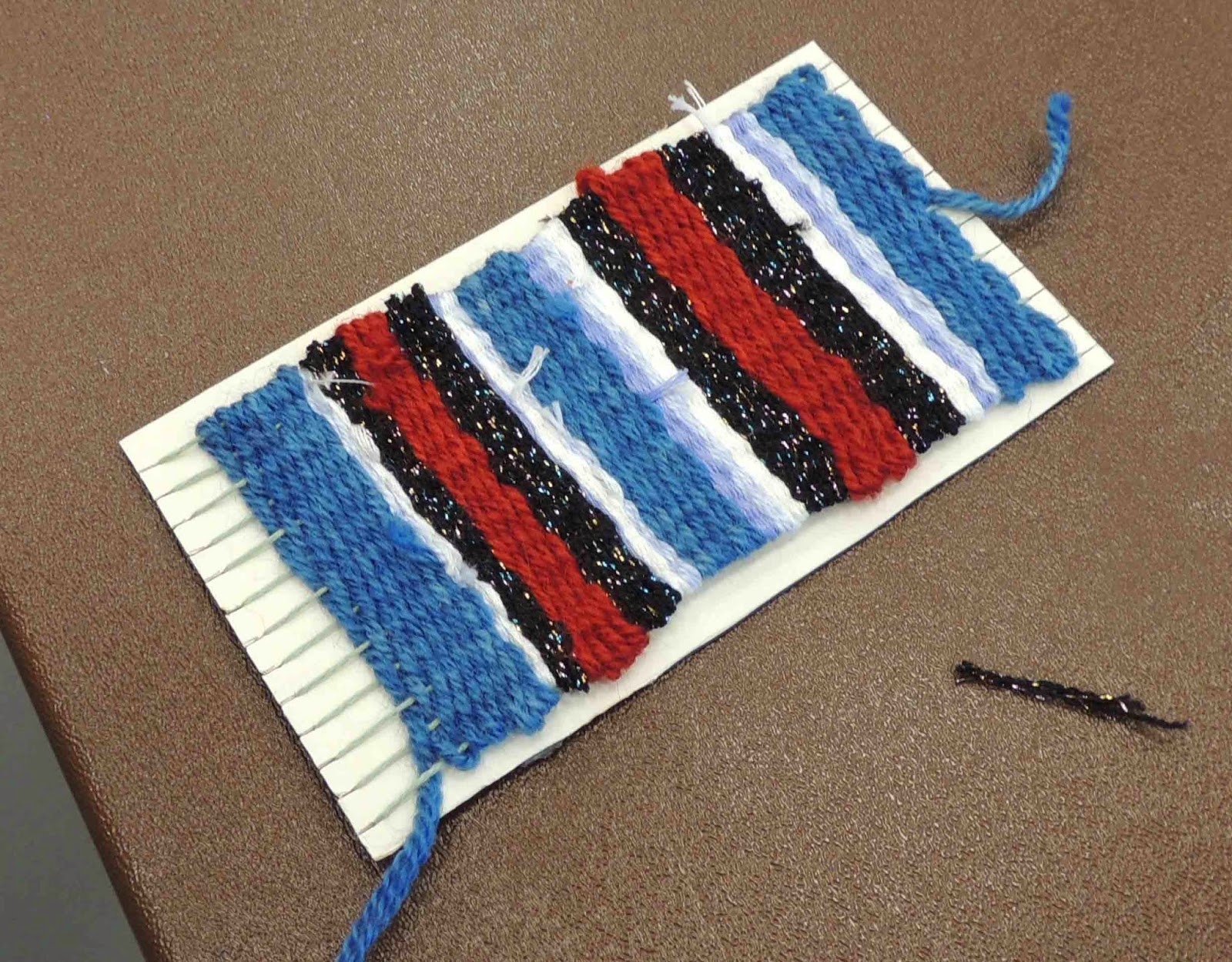 One of the youngsters learned quickly and wove this piece. 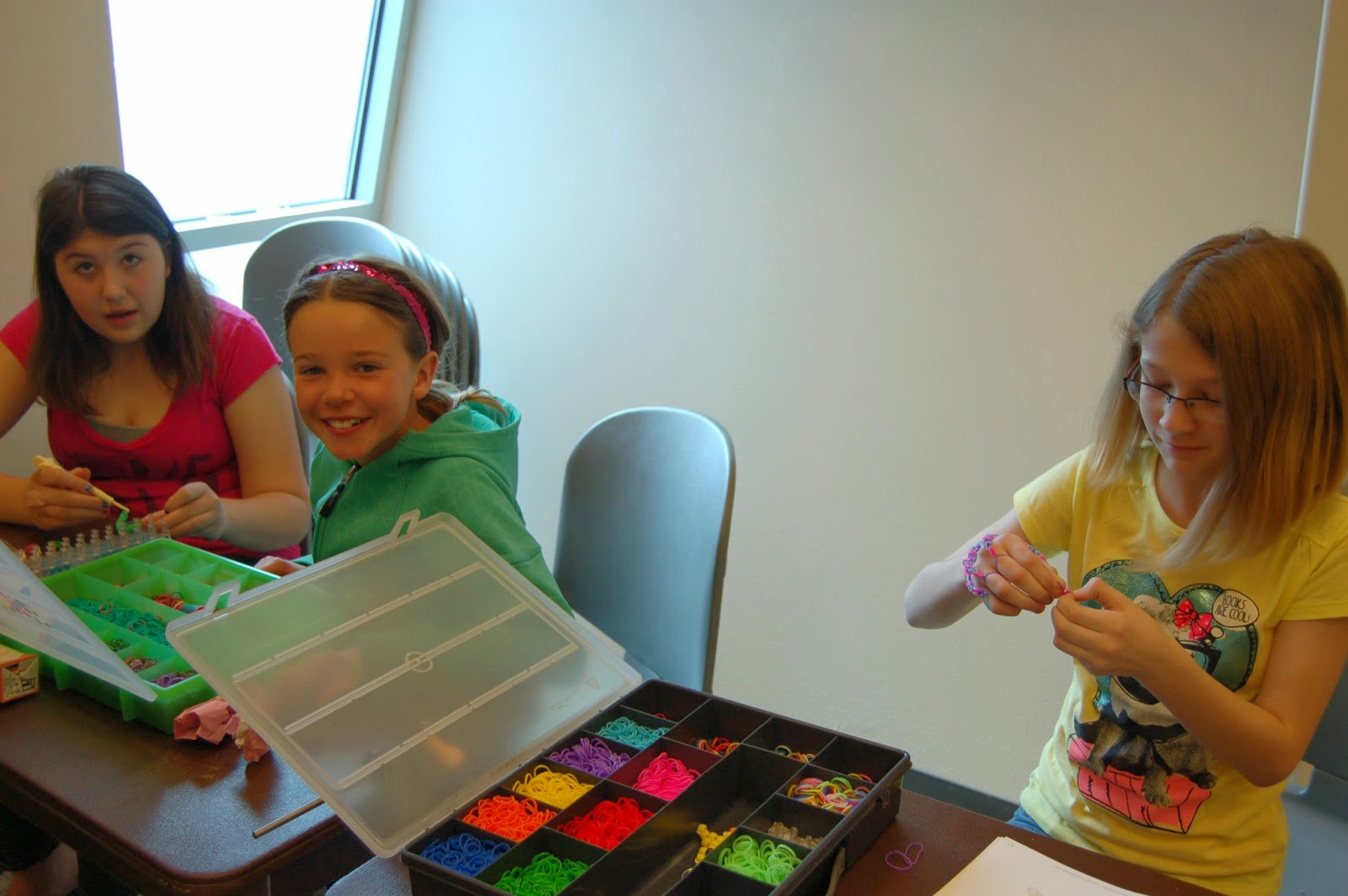 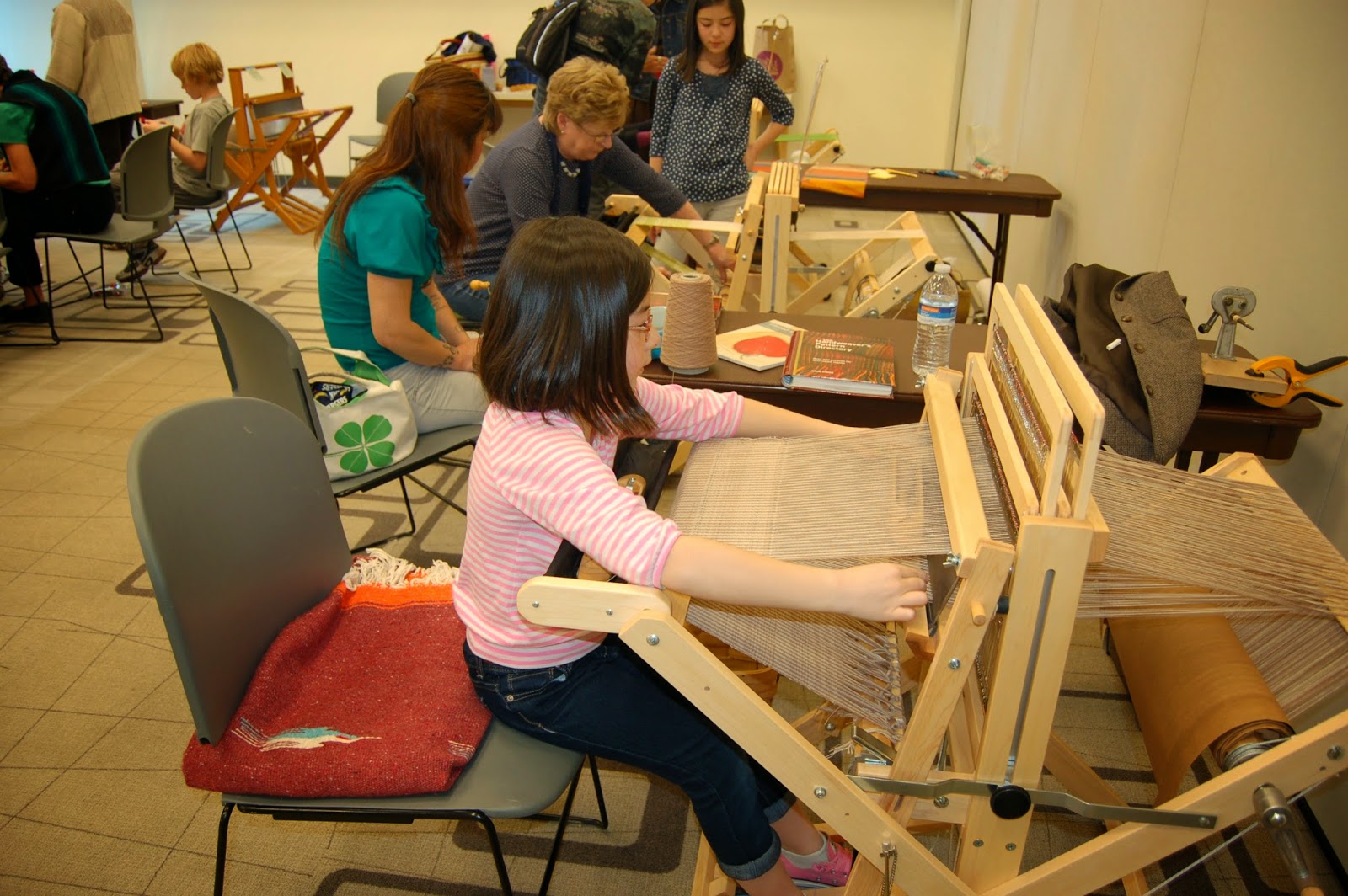 All the floor looms were available for the trying.  This little girl perched on the edge of her chair in order to reach and she took to it right away.  Her sister tried weaving on Lorene's loom nearby. 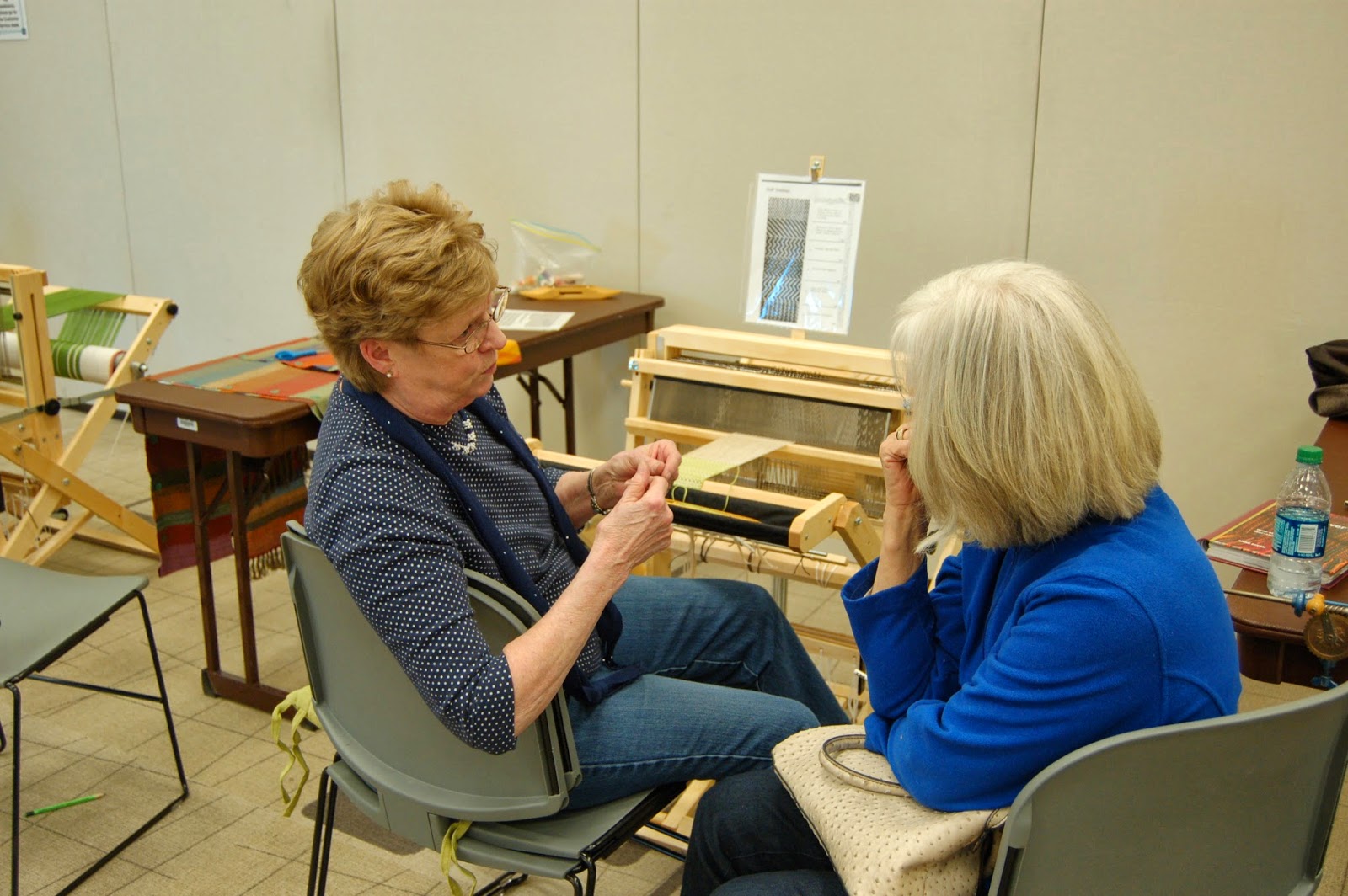 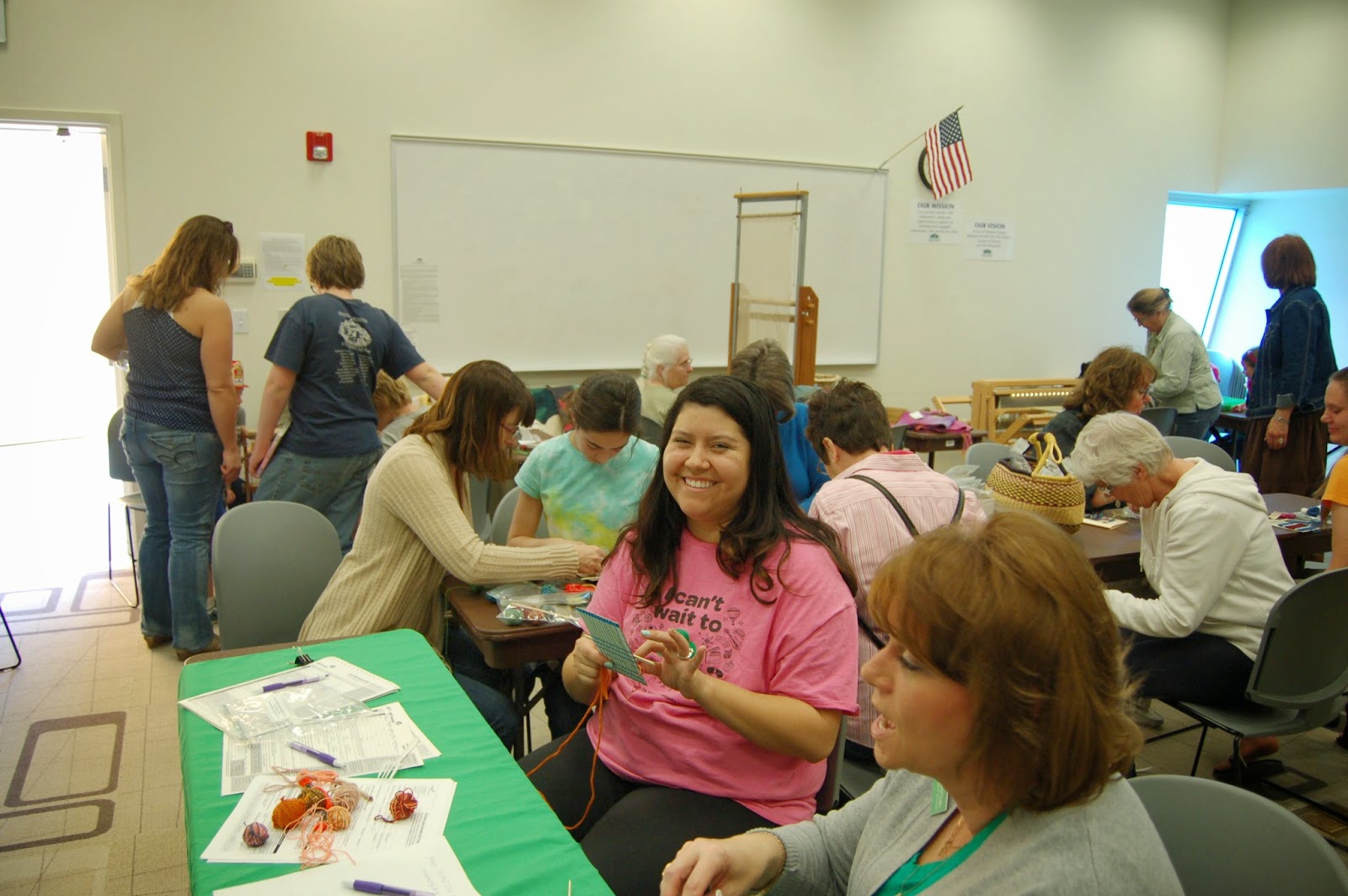 We tried to keep track of how many people came, somewhere between 40-50.  The true measure will be seeing new weavers in the months to come.  The library was overwhelmed by the response and so pleased that they committed to partner with us again. They provided the space and advertising.  We are calling it a success. 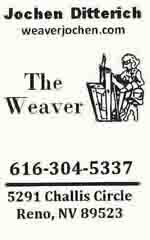